OUR MISSION IS TO CREATE A THRIVING HUSTLE COMMUNITY IN SOUTHERN CALIFORNIA! 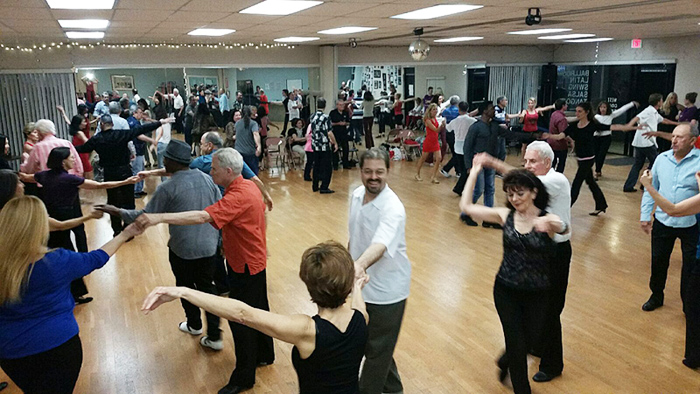 The LA Hustle Movement is a dance community and organization with the sole purpose of revitalizing modern day Hustle in a dynamic way. Hustle is one of the most diverse social dances with music spanning from contemporary Pop, R&B, House, Funk, Techno, Disco and so on. This dance may have been created during the disco era, but it is now the preferred dance to today’s top hits. We believe this electrifying dance should be at the forefront of the social dance community. This dance was on the verge of being neglected in the social dance community in LA, but under the direction of Shay Dixon, the LA Hustle Movement has created a resurgence of hustle dancing throughout Southern California.

We believe the best way to grow a dance community is through high quality instruction, creating a fun diverse atmosphere, providing venues for great social dancing, and exposing the dance to new audiences. LA Hustle Movement teaches and educates dancers through our group classes and private instruction.  We have partnered with some of the best professional instructors in LA to ensure high quality instruction. When it comes to social parties, we host some of the best socials throughout Southern California. We have an award winning performance team that showcases modern day hustle to new and existing audiences. Lastily, we partner with event organizers to teach and showcase hustle to different dance communities.  We believe this effort is extremely important in exposing this dance to other strong dance communities. 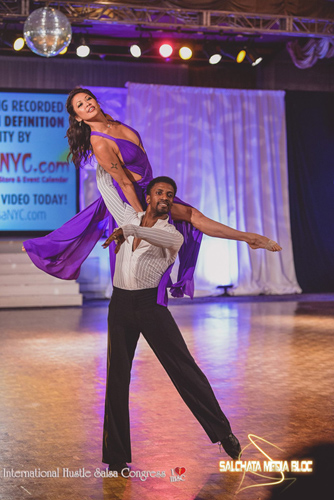 Shay Dixon is a very diverse professional dancer, instructor, and choreographer from Florida. He  has become well known throughout the dance industry for his style, strong technique and charisma on the dance floor.  His 15 years of dance training spans from Latin, Ballroom, Hustle, Salsa and WC Swing, to Ballet, Hip hop, Contemporary & Theater Arts.  Under the leadership of Ralph Ramirez & Billy Fajardo, Shay has captured ten professional championship titles in hustle & salsa, 3 professional cabaret titles, multiple triple threat competitions and the World Hustle Championship title in 2009.  In 2010, he was chosen by Maria Torres (acclaimed choreographer from So You Think You Can Dance & numerous Broadway shows) to be featured in her dance company.  In 2012-2014, he served as the vice-president of the International Hustle Dance Association establishing a competitive syllabus and criteria for hustle dancing throughout the globe.  Then in 2015, he was the lead actor and dancer in a 70’s themed hustle musical prepped for Broadway called “The Art of the Hustle” in Manhattan, NY. 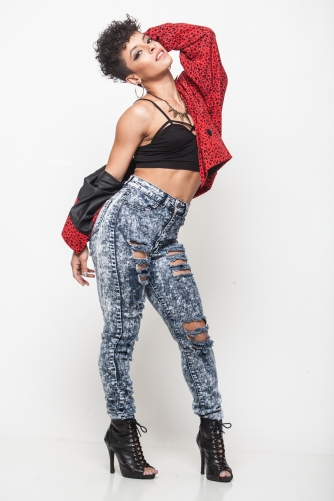 Nateli M. Ruiz is a Hispanic and St. Croix native of the U.S. Virgin Islands. She started dancing at the age of four with Pointe Dance Academy in which inspired her to pursue a professional dance career. In 2012 she graduated from Jacksonville University with a Bachelors degree in Fine Arts. Throughout her time at the university, she worked with American Ballet Theatre II, David Parsons, and Rosero Mccoy. Then shortly after, she the  opportunity to work with Debbie Allen on several occasions.

In Atlanta, Nateli booked her first film “Bessie” featuring the talented icon Queen Latifah. The HBO film premiered in May of 2015.
Within a month of relocating to LA, Nateli signed with Movement Talent Agency. In April 2017 she was hired by Sia’s choreographer, Ryan Heffington to perform at music festivals with artist, Lorde. For the remainder of the year, she will be on tour for the 50th Anniversary celebration of the legendary Jacksons. 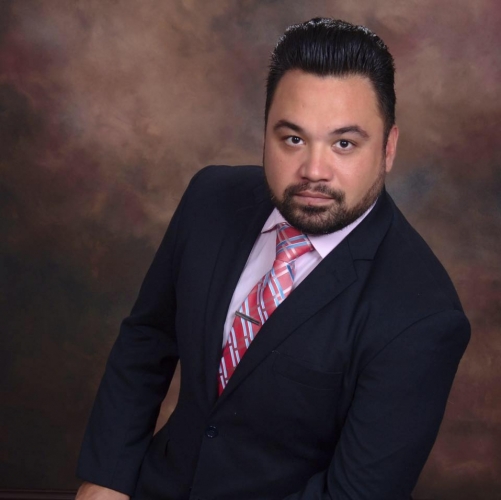 Samson Tuliao Jr. is original from Florida with training in Instrumental and Vocal Music, Theatre and Dance. He has over 15 years of experience in the entertainment industry as a performer, instructor, choreographer, show designer, adjudicator and more. His performance teams has won several bronze, silver and gold medals through the years. Teams he has worked with in 2016 & 2017 were recipients of silver medals. His dance training includes Ballroom, Latin, Hustle, Salsa, Ballet, Jazz, and Hip Hop. His Hustle training was received from Ralph Ramirez, Billy Fajardo and Shay Dixon.

Samson has had lead character roles with the Jacksonville Ballet Theatre under the direction of Dulce Anaya, performed as Pepe in a musical performance of the “West Side Story”, and in July 2017, received 1st place in the Advanced Hustle Jack & Jill at the Palm Springs Summer West Coast Swing & Hustle Dance Classic switching from lead and follow.

Since leaving Florida back in 2014, he has been an adjudicator and consultant in the winter guard sport and in 2016, moved to Los Angeles while reconnecting to the dance industry with the LA Hustle Movement as an instructor. 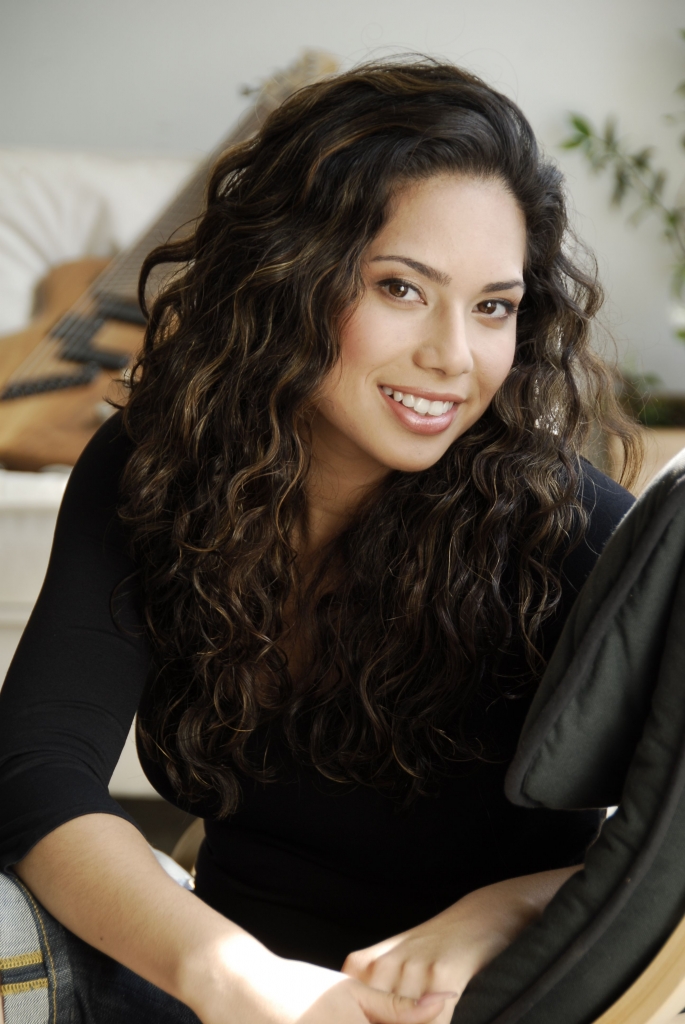 Owner of Ballroom 360 LLC Sherman Oaks, CA. Professional dance instructor and coach of multiple dance styles. Highly knowledgeable trainer of latin and ballroom dance. Strong Attention to detail and form of all dance styles. Excellent ability to demonstrate techniques and methods, both leader and follower positions. Passionate about competing, performing, and teaching. Specialist in competition consulting including dress design, presentation, & image. 8 years experience of event coordination for profit and nonprofit corporations. Meagen has been featured in “DANCEBEAT” Magazine several times for her success in Dancesport Competitions. 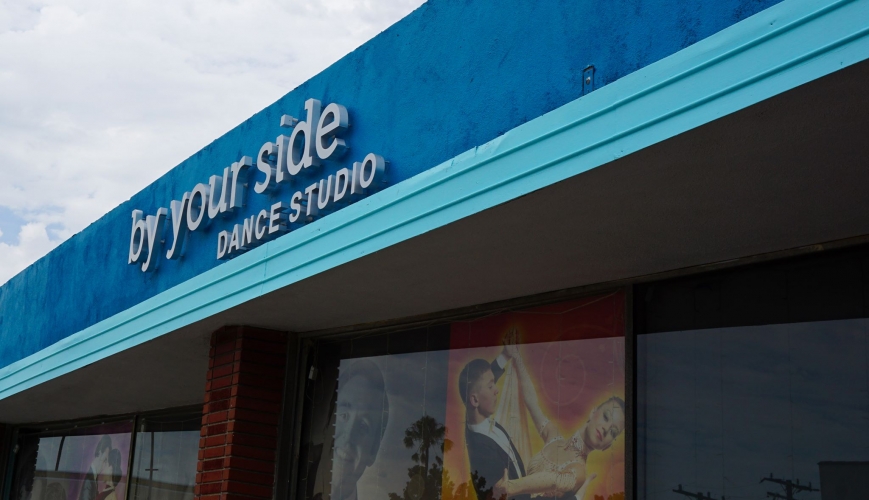 By Your Side Dance Studio

We are fortunate to have the best studio in Los Angeles supporting the LA Hustle Movement. By Your Side Dance Studio has partnered with the LA Hustle Movement to be the home studio for most of our dance instruction, socials and Performances. This studio offers dance instruction in Ballroom, Latin, Salsa, Tango, Swing, Night club & Wedding dance lessons. It also provides personalized attention and smaller classes in order to maintain quality of instruction.

We'd Love To Hear From You!